The critically acclaimed big band and orchestral conductor has accepted the role of Honorary President of the Yorkshire band.

Black Dyke Band has announced that the critically acclaimed conductor John Wilson has agreed to become its Honorary President.

With a brass banding background from his native North East, Wilson has become one of the most popular conductors in the orchestral world — crossing genres with huge success, from big band jazz to classical and opera.

In 2018 he relaunched the Sinfonia of London, with whom he has recorded several award-winning CDs covering a huge range of repertoire from Respighi through to Britten and Dutilleux.

In 2021 they made a much-anticipated debut performance at the BBC Proms, and this year will appear once more.

I'm greatly honoured and delighted. I grew up playing in brass bands, and my respect, admiration and affection for Black Dyke has never dimmedConductor, John Wilson

Commenting on his new role he said: "I'm greatly honoured and delighted. I grew up playing in brass bands, and my respect, admiration and affection for Black Dyke has never dimmed."

In response, Chairman of the Board of Black Dyke Band Trustees, Trevor Caffull added: "We are delighted that John Wilson has agreed to be our Honorary President and very excited with some of the initial thoughts shared regarding potential collaborations.

In his early life, John was steeped in brass band culture. He has clearly lost none of his enthusiasm for the genre and we are very optimistic that this will evolve into a mutually rewarding association." 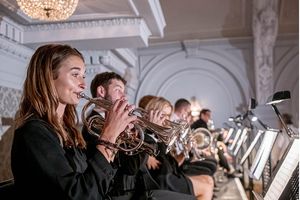 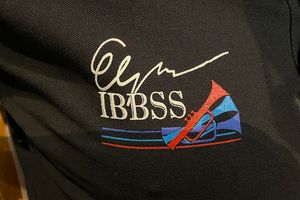 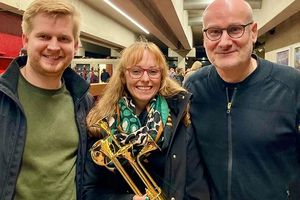