Philip Harper will lead the National Youth Brass Band of Wales alongside special guest soloist Isobel Daws in a trip of concerts covering all corners of the country.

The National Youth Brass Band of Wales will perform the first of its three concerts across the nation this evening (Thursday 4th August).

Directed by Cory MD, Philip Harper and with guest soloist Isobel Daws, the band is currently in Bangor, where they will perform at the Pontio Arts Centre at 7.30pm.

On Friday (5th August) they head to West Wales where they perform as part of the Fishguard & West Wales International Festival at St David's Cathedral (7.30pm).

They finish by taking a trip across the M4 to Cardiff where they will perform at the equally magnificent Llandaff Cathedral on Saturday 6th August at 7.30pm.

Philip Harper will direct a demanding programme of repertoire — opening with Edward Gregson's 'Fanfare for a New Era' and also featuring his major work 'Of Distant Memories' in a link to the 40th anniversary of the formation of the band which he was the founding conductor.

Classic brass repertoire will be covered by Percy Fletcher's 'An Epic Symphony', whilst there is sure to be great interest in the world premiere of Ian Stephen's 'Colston Falls', which reflects on the impact and echoes of history that surrounded the pulling down of the statue of Edward Colston statue in Bristol in June 2020.

There are also works from the pens of Philip Sparke, Liz Lane, Ray Steadman-Allen, Stijn Aertgeerts and Philip himself, whilst Isobel Daws will perform Gordon Langford's 'Rhapsody for Trombone' and Artur Pryor's 'Bluebells of Scotland'. 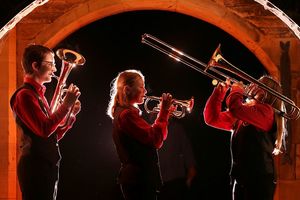 On the fifth day of Christmas... 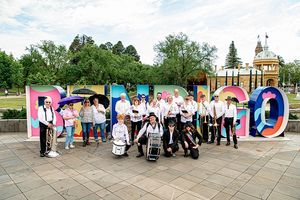 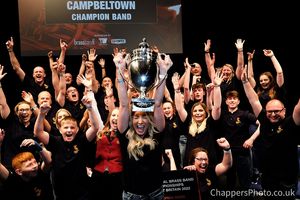 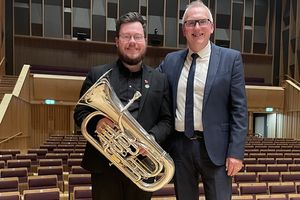 On the fourth day of Christmas...