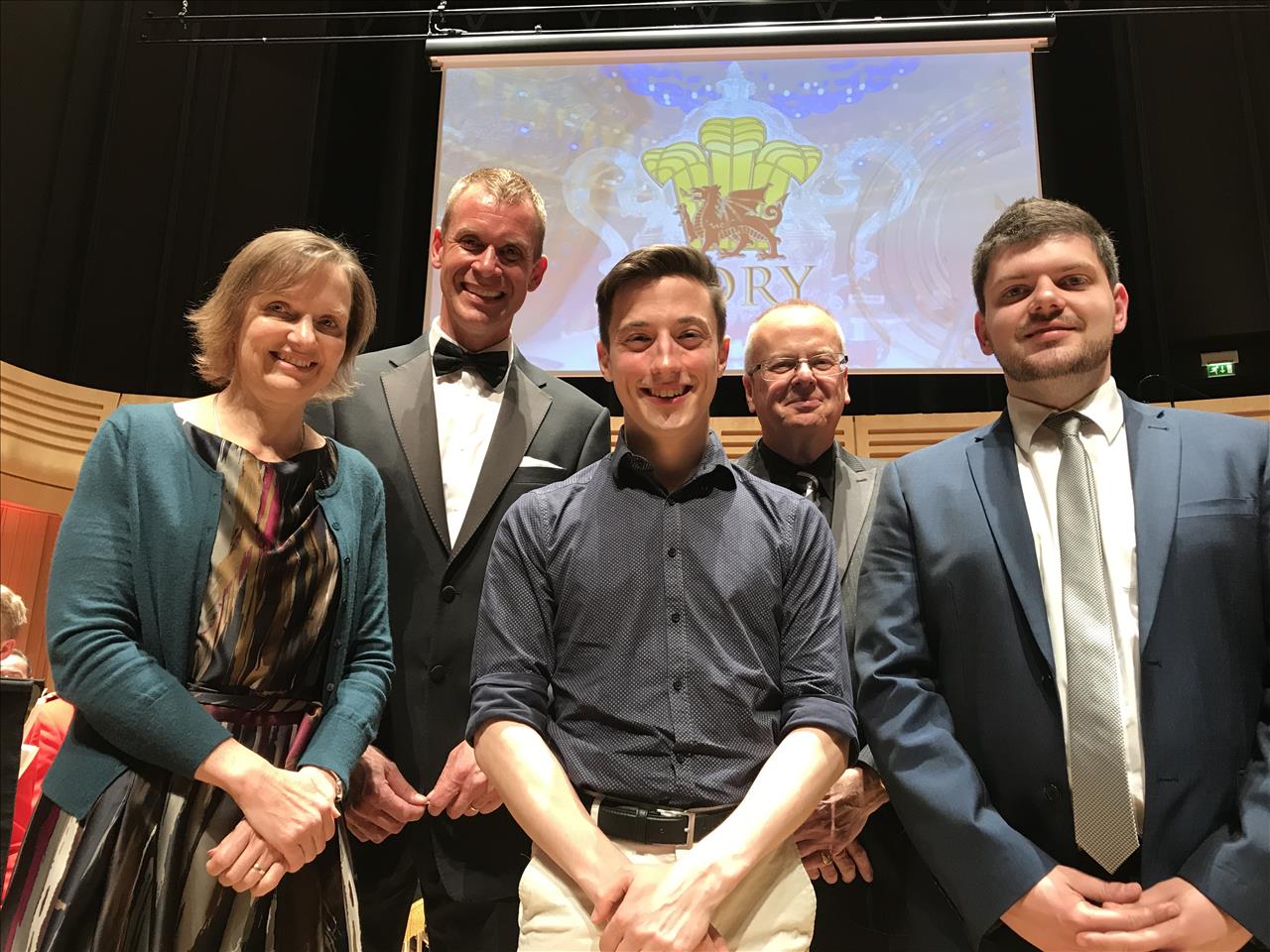 This year, a trio of engaging works were shortlisted from over 20 worldwide entries, with Cory playing each in the first half alongside a composition of equal intrigue and interest in ‘Destination Moon’ - written by the non-de-plume Paul Raphael.

It made for a richly entertaining (if slightly long) evening; from the fizzy polish of ‘Valero’ to open, all the way to the pop-tart fun of a pizza slice ‘Four Seasons’ dressing to close.

In between we heard a superb ‘Pique Dame’ overture - an intoxicating ensemble blend of fleeted footed subtlety and stomping operatic drama, whilst Tom Hutchinson delivered the classic solo, ‘The Paragon’ with a rattlesnake edge of triple tonguing sharpness.

Meanwhile, the Tintin inspired Euro blockbuster; all cleverly realised narrative lines, eye watering technique and vibrant primary colour comic book excitement, certainly left you in questioning mode to its future outcome, thanks to its sequel demanding ‘...to be continued...’ ending.  ‘Herge’ Harper should get cracking.

The second half opened with ‘The Remarkable Life of Roald Dahl’ - the highly inventive 2016 Brass in Concert winning programme; served up like a seven course Heston Blumenthal musical menu of Willy Wonka (Philip Harper) imagination. All that was missing was a troupe of oompah-loompas and a giant peach.

Tarot! Tortuous Tarot!’, by 22 year old Andy Wareham (above) - a mini gob-stopper of darkly hued fears and anxieties based on the reading of the infamous occult cardsIwan Fox

Earlier we heard the works from the three composer finalists; an Arabian wind inspired ‘The Roar of the Khamsin’ by Paul Sagger, the tense bullfighting ‘Corrida’ by David Robinson, and the eventual winner - ‘Tarot! Tortuous Tarot!’, by 22 year old Andy Wareham (above) - a mini gob-stopper of darkly hued fears and anxieties based on the reading of the infamous occult cards.

And even though Andy wittily admitted on accepting his generous prize that the cards themselves didn’t give him an indication of his victory on the night, they may well have pointed out to the rest of the audience the direction of what should be a thoroughly successful compositional career if he so wishes. As the reprise encore showed - his is an exciting talent that needs only a touch of luck to find further success.

It left the band to round things off before the lollipop encores, with the languid pulse of ‘Gota’ by Peder Karlsson and the ferocious humdinger of the ‘Finale’ from Tchaikovsky’s ‘Fourth Symphony’.