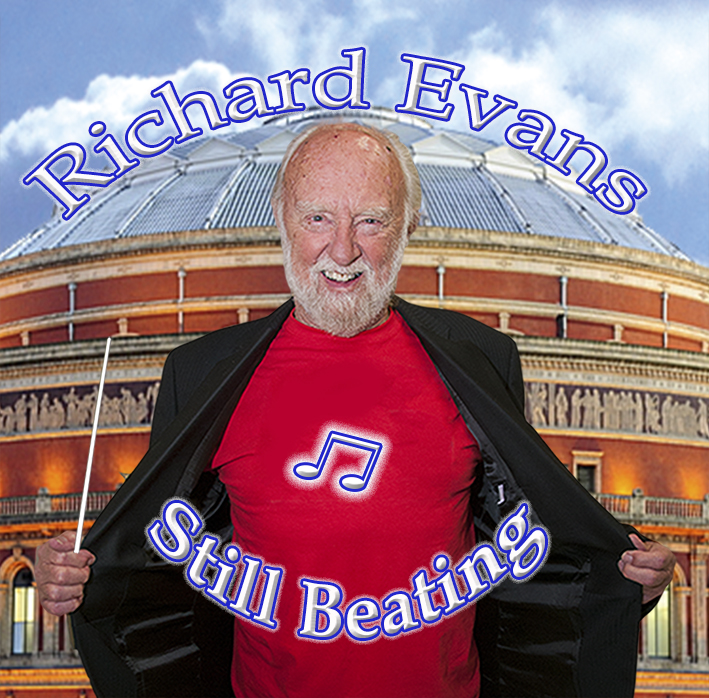 The first Richard Evans autobiography ‘Dick the Stick’ came out in 2005 - a theme and variations of colourful reminiscences, stories, tales and opinions that more than lived up to his reputation as one of the brass band world’s great musical entertainers.

This second, updated version is more of a personal composition; new amendments and variants added – just as entertaining, but now with a piquant edge of raw honesty that raises more than an eyebrow or two.

Perhaps the first book played out to a well worn stereotype of a conductor who hid a steely core of musical excellence behind a cleverly disguised persona of easy going bonhomie, wise crack jokes and warm hearted friendliness.

This one however somewhat strips away the camouflage.

You don’t win two British Open, nine Brass in Concert, ten Area, two All England Masters, a Norwegian National, Grand Shield and countless other accolades without being of the top rank as an MD.

You don’t win them either by simply being a flamboyant conducting cavalier.  With his military hinterland, Richard Evans has won his medals as a hard working Roundhead - the famous cravat, a crafty bit of showmanship to impress the Officer's Mess..

His loyalty and friendship to those he has committed to has been gained the hard way. If he has had a weakness then it has been that it has too rarely been lost. Too many have certainly taken it for granted over the years.

You don’t win them either by simply being a flamboyant conducting cavalier.  With his military hinterland, Richard Evans has won his medals as a hard working Roundhead - the famous cravat, a crafty bit of showmanship to impress the Officer's Mess.

The book therefore makes for a Cromwellian portrait, warts and all – the more obvious as you read each chapter; ambition linked to acumen to create a musical career that has combined an acute appreciation of business and pleasure. There are the early exploits at Wingates and foundation building at Leyland to the latter day associations with the likes of Grimethorpe and the National Youth Brass Band of Scotland.

It’s easy to be deceived by the tales and stories (and they are crackers), but read between the lines and you also get a true feel for the frustrations and struggles (the latter chapters in particular). He has packed a great deal into his first 85 years.

Richard Evans may by one of a kind as a brass band musician – irrepressible, intuitive and irascible, but if that is so, we should also take the opportunity to fully appreciate his talent, skill and musical excellence forever and a day.

Reading this book will certainly do that and more.