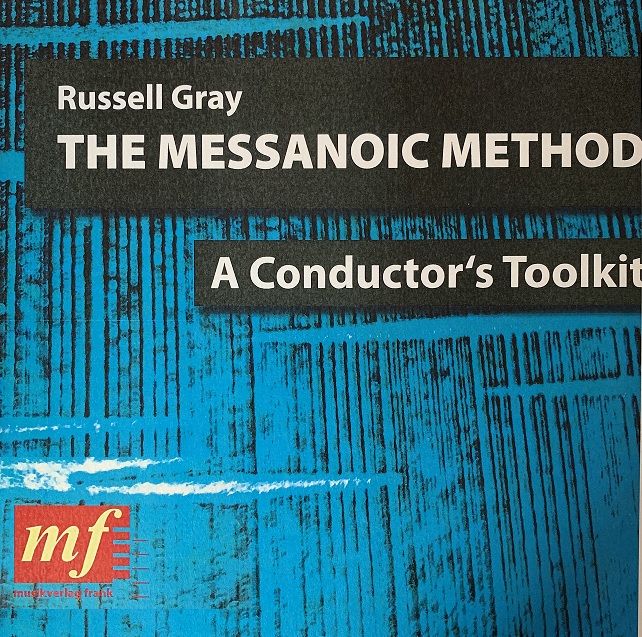 There is no such word as Messanoic.  There is no point trying to look it up in a musical dictionary.

However, Russell Gray knows exactly what it means.  And it’s well worth taking the time at band rehearsals finding out what he’s talking about.

He sees it as the ability to change ingrained mindsets – a five-step methodology of communal focus and exploration to develop new, and better ensemble performance: In his words, to ‘cultivate a kind of hive mindset; thinking as one’.

That in itself my raise the odd eyebrow – the individual subsumed into the greater whole, yet in its way, it’s also been the basis on which every successful brass band in history has been built.

Watching Russell Gray conducting Foden’s in full flow is like admiring the intricate patterns created by a murmuration of starlings flying in the sky – a coordinated mass of single thought processes being brought together as a whole.

It doesn’t occur by a form of musical telepathy however, but from practice and understanding (and that applies to the very best performers in the banding world).

That in itself my raise the odd eyebrow – the individual subsumed into the greater whole, yet in its way, it’s also been the basis on which every successful brass band in history has been built.

And that’s surely is where the full benefit of his ‘Messanoic Method’ will come in for those who wish to reach the same levels of coordinated excellence (although it does come at a healthy price of around £95.00).

It may sound deceptively simple – but then again the most complex murmurations are all based on getting those basic things right, time after time after time.

Each is put into practice through 30 clearly written, four-part hymn tune arrangements made by Matt Shaw (plus conductor’s score) – from ‘Adeste Fideles’ to 'Whitburn’, ‘Deep Harmony’ and ‘Praise My Soul’ to ‘Holy, Holy, Holy’ and ‘Sandon’.

The conductor is given what Russell Gray calls his ‘toolkit’ to direct things - a five chapter booklet that clearly explains the reasons and methodology to be employed; Chapter 1 - Sound, balance, intonation and dynamic control; Chapter 2 – Articulation, and so on.

It is easy to follow, understand and implement, although the hidden ‘extra’ will surely be the conductor’s own commitment to making it work, and a well defined sense of enthused imagination from those it is aimed at.

The conductor is given what Russell Gray calls his ‘toolkit’ to direct things - a five chapter booklet that clearly explains the reasons and methodology to be employed; Chapter 1 - Sound, balance, intonation and dynamic control; Chapter 2 – Articulation, and so on.

Hymn tune playing may well form the basis of good brass band playing, but for younger players in particular in this day and age, it also has to sound relevant.

Eager minds soak up good teaching likes thirsty sponges – and with Russell suggesting that the whole process takes between 5 and 10 minutes at the start of each rehearsal, the focus is therefore short and to the point.

A ‘mix and match’ approach, cherry picking something out of each chapter at rehearsals may bring the greatest benefits – and there is plenty of fun to be had.  The exercises are relatable and progressive.

That said, things can get increasingly complex (the rhythm section will produce plenty of wry smiles) - both for conductor and players alike, but get the approach right with the underpinning of concentration and it all falls into place.

Changing minds in the brass band world can be a hard task, but Russell Gray has invented a clever way of doing it (his proof is backed by a multitude of titles) that may well eventually find its way into a musical dictionary after all.