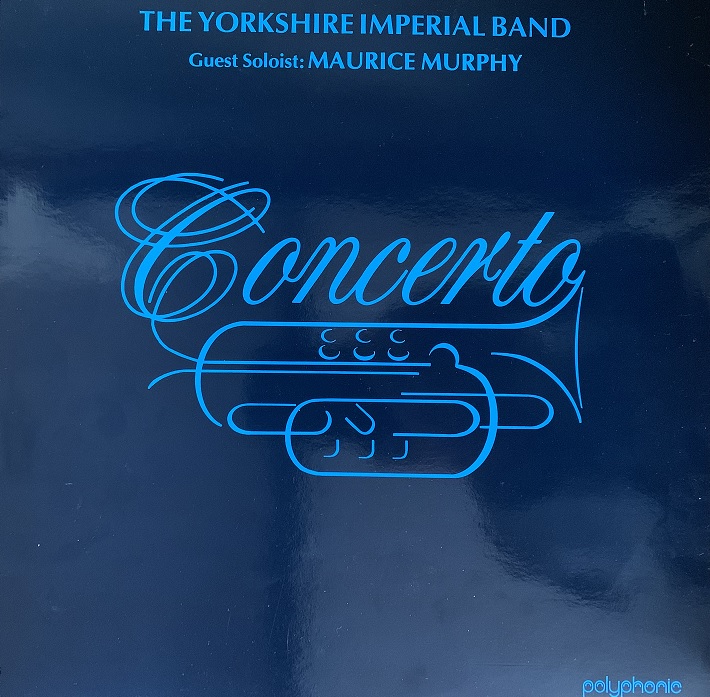 In some ways Yorkshire Imperial is the forgotten ‘great’ of 1970s and early 1980s banding.

In just over a decade they also came third at the European Championships and claimed multiple podium finishers at the Open, National, Granada Band of the Year and Brass in Concert.

Under Trevor Walmsley DFC, Denis Carr and finally John Pryce-Jones (with a winning cameo from Peter Parkes) they had a reputation as a muscular, forthright ensemble, fearlessly confident, skilfully quixotic. They hailed from Leeds, and in the early 1970’s in particular they were every bit as good as the city’s football team.

Arguably, the cusp of greatness had passed when this recording was made at the Civic Hall in Castleford in January 1982, although they were still a heavyweight challenger at the major contests under James Scott and Ray Farr for some years to come.

It was a band though that could boast the youthful dues ex machina talents of Ian Bousfield on trombone and Nicholas Childs on euphonium, as well as the experience of the likes of Sandy Blair, David Carder and Steve Clayton amongst others sprinkled throughout the ranks.  The principal cornet was the much underrated Philip Denton, the MD, Peter Kitson (who died in March 2020).

The performances of ‘North East Fantasy’, ‘Barnard Castle’, ‘Go for Gold!’ and ‘Swing Low’ are polished and contrasting, whilst Ian Bousfield gives a gem of a rendition of ‘Autumn Leaves’ of unquestionable class.  The duet ‘Double Top’ is played with nonchalant ease.

He was 46 at the time and firmly in the peak years of his remarkable powers; a dominating presence of agile versatility, his sound a flawless liquid gold.  There is not an ounce of wasted artifice about his playing – sumptuous in its supple melodic command, intense and vibrant in its focused intent.

It is however the solo performances of the legendary Maurice Murphy that lift the recording into a different sphere.  Their startling impact remains as vivid now as it was almost 40 years ago.

He was 46 at the time and firmly in the peak years of his remarkable powers; a dominating presence of agile versatility, his sound a flawless liquid gold.  There is not an ounce of wasted artifice about his playing – sumptuous in its supple melodic command, intense and vibrant in its focused intent.

In 1974 he gave a thrilling live performance of Ernest Tomlinson’s epic ‘Cornet Concerto’ at the National Final Gala Concert at the Albert Hall.

Eight years later he simply ups the ante with a rendition hallmarked with definitive greatness - riding an edge of thrilling virtuosity and understanding with an almost arrogant ease of brilliance.

Amazingly though he tops it with his performance of Gilbert Vinter’s arrangement of ‘Mattheson’s Air’- a tour-de-force of never ending silken beauty.

You are left stunned by artistry touched by genius.

Listen to the Band No 3
GUS Footwear Band
https://4barsrest.com/reviews/products/LP103.asp