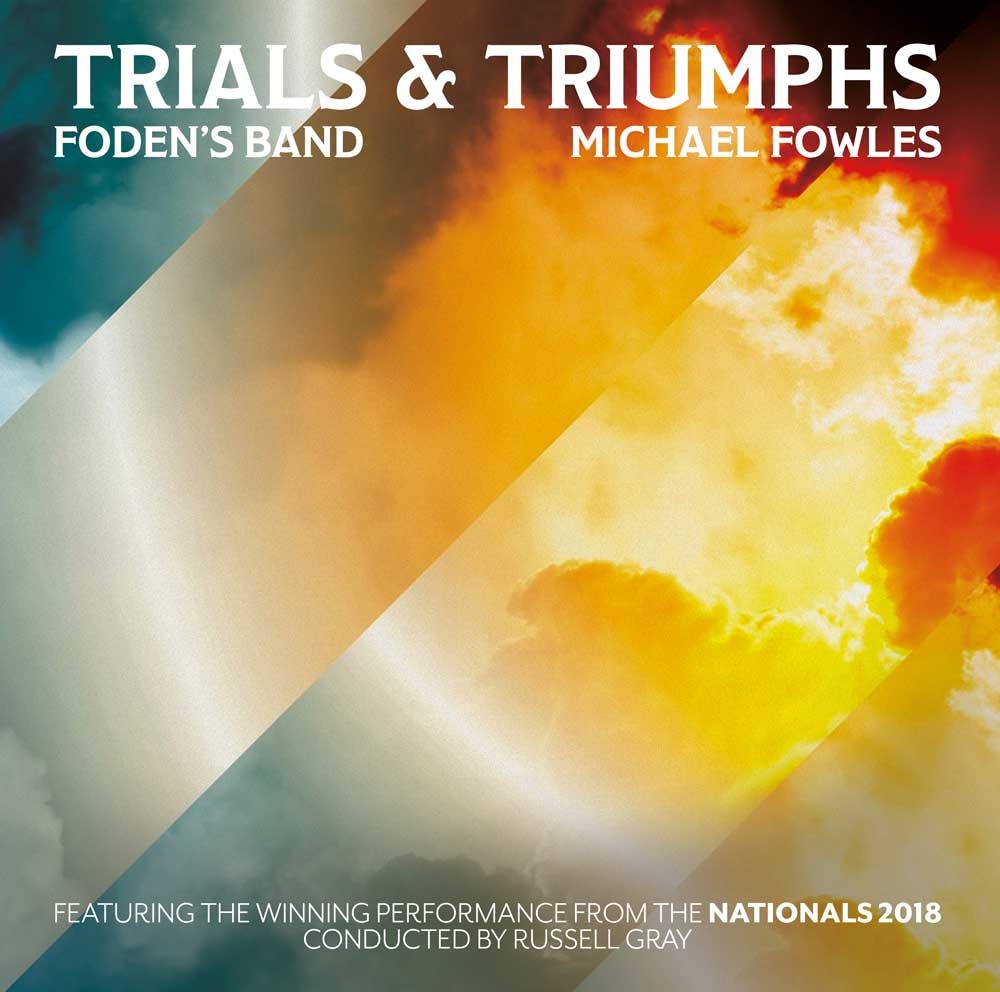 Foden’s is no stranger to the slings and arrows of outrageous fortune - as experienced by the trial of the fire that destroyed their bandroom in April 2016 as well as the triumph of their superb win at the National Championship in London in 2018.

This latest release marks that timeline; from the depths of despair to the exultation of victory and a little beyond (it's a little meandering in its chronology). It’s the serendipitous life of a brass band summed up in three words and 11 tracks of mixed inspiration.

It opens with a neat reference to their re-emergence from those cruel ashes with the energetic ‘Phoenix Rising’, whilst the centre-piece is the live recording of that emphatic Albert Hall success.

That is a superbly structured, elegantly portrayed performance of Downie’s ‘Handel in the Band’ - one that captured the crisp lightness of the writing with focused, stylish energy. Russell Gray’s interpretation is a cultured gem, the playing a mirror image.

In contrast, the tarmac-black wit that runs through the musical veins of Derek Bourgeois seeps out with a bubbling intensity and vivid characterisation in what is a terrific title track. It’s a piece of historical homage told with peppery relish; the pastiche 1930s romanticism flavoured with schizoid acidity; the nervous ticks and absurdities building to a glorious climax of tribute.

His arrangement of ‘The Sorcerer’s Apprentice’ is less successful however. It’s a rather monochrome ‘Fantasia’ whose alchemy, due to its surprisingly limited colour palette, fails to conjure up a wizardly sense of the magical in its unleashed mischievousness, despite the splendidly ornate playing around the stands.

What is quite magical though is Mark Wilkinson on ‘Song for Eilir’; lyrical cornet playing of thoughtful grace and emotive tenderness.

That is a superbly structured, elegantly portrayed performance of Downie’s ‘Handel in the Band’ - one that captured the crisp lightness of the writing with focused, stylish energy. Russell Gray’s interpretation is a cultured gem, the playing a mirror image.

Elsewhere the reprise of the band’s 2018 ‘Kings & Queens’ Brass in Concert programme is shoehorned into the mix – although neither a trial or a triumph result-wise  if truth be told, as it saw the band come fifth at the 2018 Gateshead event.

It’s an enjoyable bit of thematic connectivity though.

The bold opening leads into Gary Curtin’s eye-popping bit of Handel tweaking, which in turn segues into a classy tribute to Benny Goodman.  Then comes the fun of a vaudeville touch of Freddie Mercury before Richard ‘Tricky Dicky’ Evans ‘sings’ Sondheim’s ‘Send in the Clowns’ in best Rex Harrison ‘My Fair Lady’ style to link to the crowning glory of ‘Thy Tribute Bring’.

Now that’s a trial or a triumph according to one’s taste if ever there was one.