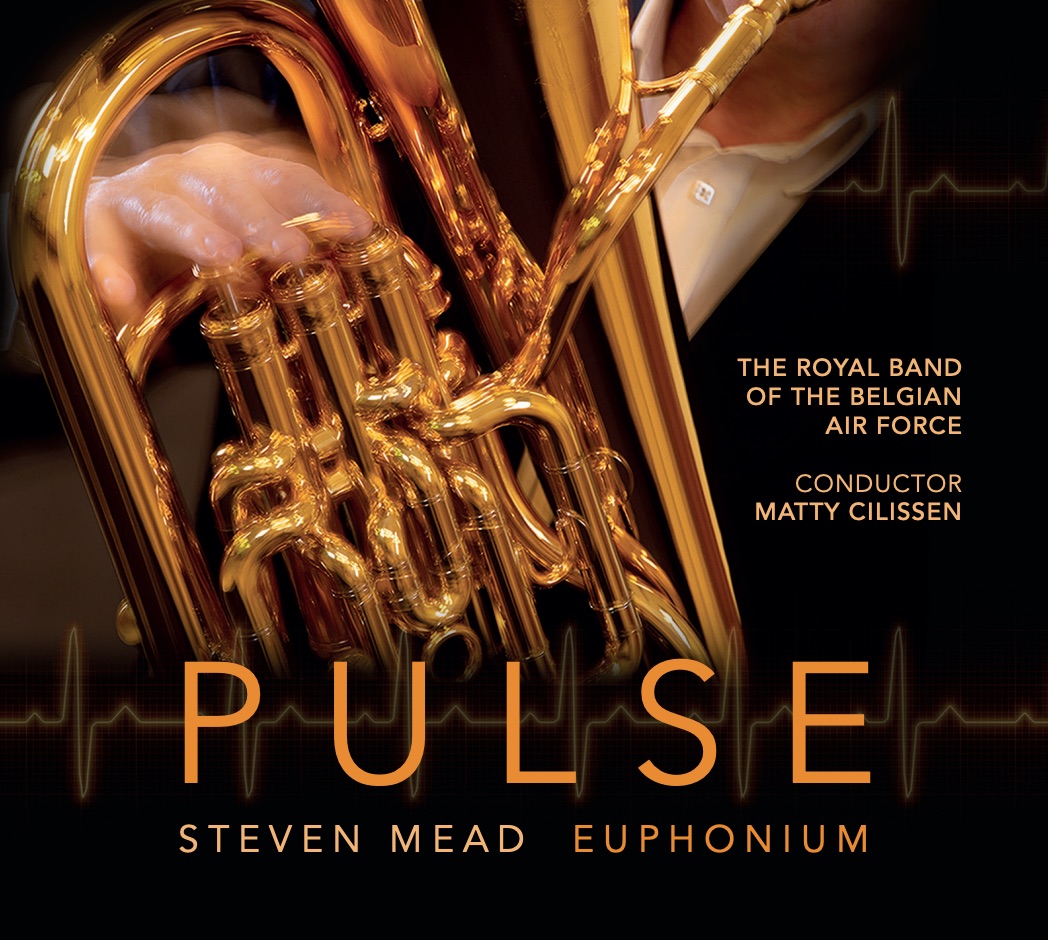 As you read this review, Steven Mead is most probably performing in concert, giving a recital or even recording another CD somewhere around the globe.

No other player has such inexhaustible zeal: It’s only a matter of time before he performs at either the North or South Pole. Behind the climate emergency levels of air-miles though remains a soloist of substantive explorative musical intellect - this latest recording building on two successful detours already taken with the Central Band of the RAF.

Here he links up with the Royal Band of the Belgian Airforce - an impressive ensemble that offers a sympathetic, tonally varied accompaniment palette on which to showcase new as well as familiar works; a trio from the pen of Philip Sparke, a brace from Thomas Doss and added contributions from Tom Davoren, Carlos Pellicer, Kevin Houben and even Rafael Mendez.

The Doss title track is a rhythmic Bacchanalian trip to the middle east; throbbing with intensity and exotic mischief as it draws you into its heady mix, whilst ’Reverie’ is a reminder that the Austrian also writes works of simple, warmly hued beauty.

The Sparke triptych is something of a homage; ‘Summer Isles’ from ‘Hymn of the Highlands’, ‘Pantomime’ and ‘Scaramouche’ familiar concert and recording material, dusted off and given a polished buff of mature appreciation.

Although Kevin Houben’s ‘Legend of a Big Friendly Giant’ doesn’t take its inspiration from Roald Dahl’s famous children’s story, it still has an appealing child-like musical narrative; dark enough to send a shiver down the spine in its telling of a Hagrid-like dreamcatcher and euphonium playing Polyphemus.  It’s played with splendid virtuosity.

So too Tom Davoren’s ‘Rituals’, a cleverly realised cross-cultural bridge linking traditional Welsh and South Korean musicality - the evocative writing with its minor keyed inflections building with passion and drama to a thrilling conclusion.

Although Kevin Houben’s ‘Legend of a Big Friendly Giant’ doesn’t take its inspiration from Roald Dahl’s famous children’s story, it still has an appealing child-like musical narrative; dark enough to send a shiver down the spine in its telling of a Hagrid-like dreamcatcher and euphonium playing Polyphemus.  It’s played with splendid virtuosity.

However, it is Carlos Pellicer’s ‘Omaira’ that leaves the lasting musical impression.

Written originally for bass trombone and subsequently revised for tenor trombone and now euphonium, it is a substantial addition to the repertoire. It’s unfolding drama is tinged with tragic sadness (dedicated to 13 year old Omaira Sanchez, one of 23,000 people killed in a 1985 Columbian avalanche); the lucid, evocative writing, full of momentum, clarity and compassion seeing the solo lead as a beacon of touching hopefulness, despite its subdued ending.

The Mendez to close is a gobstopper-sized jalapeno chili-flavoured lollipop to suck on as a treat. It leaves scorch marks on your tongue.