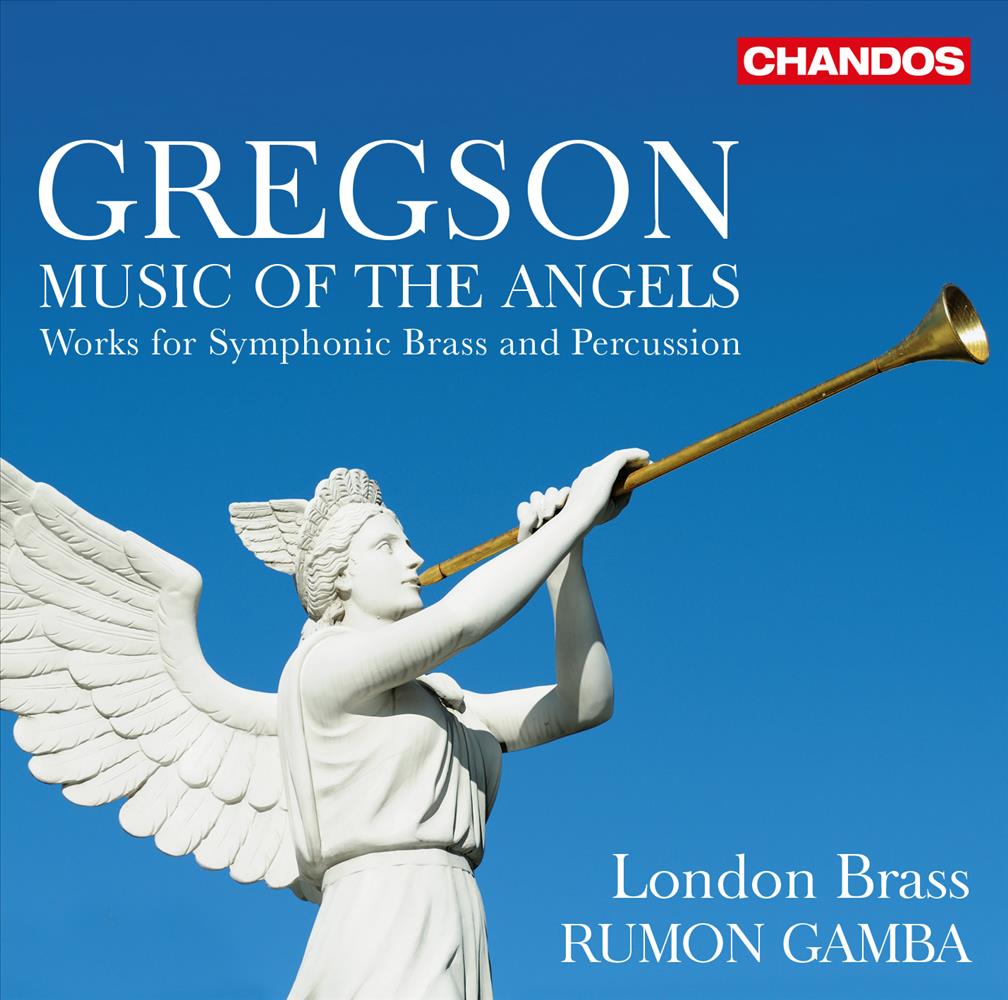 Edward Gregson’s compositional career spans over half a century. Hopefully there will be many more years to come.

His has been a singular symphonic voice blessed with a communal musical message; his works exploring understandable boundaries with an inquisitive intellect that has questioned as well as answered expectations.

This outstanding release is a definitive endorsement of that communicative skill set (aided by superb sleeve notes by Paul Hindmarsh), the arc of repertoire imposing in its span; fanfares and dances to an aria and two-part symphony, a youthful early quintet to a maturely re-envisaged Messiaen inspired biblical apocalypse.

Each has the hallmark of exceptional craftsmanship; an academic rigour that never subsumes the intuitive melodic clarity of thought - the trademark rhythmic abstractions acting like slick gear changes on a winding road journey to a glorious final destination.

The playing from a star studded line-up of talent is a mix of technical brilliance and artistic élan - Rumon Gamba and the composer allowing a generous leash of freedom of expression without recourse to frivolous showmanship. The rewards are obvious.

Each of the smaller ensemble works are razor sharp in precision and execution – the opening ‘Fanfare for a New Era’ (2017) a joyful uppercut of pinpoint accuracy, ‘Fanfare for PL’ (2104) a touch of miniature majesty, ‘Flourish for an Occasion’ (1981) the most compact wedding present of recyclable purpose.

The startling freshness of the ‘Quintet for Brass’  still astounds, given that it was written in 1967 as a graduation piece; vibrantly self-assured in setting out its arguments, from the wild glissandi and lip trills of the Allegro to the bluesy rondo with the first embryonic inklings of his trademark arpeggio motifs.

‘Three Dance Episodes’ (1974) is a delightful hybrid work (written for the James Shepherd Versatile Brass) – a flexible exploration of form and function; the flowing lines punctuated with clearly defined monograms, stylistic nuances and subtle shifts of meter.  ‘Aria for Philip’ (2000) has a detached sense of beauty – initially sombre and grave, the opaque melancholic mist burnt away by the brightest smoulder of emerging sunlight.

The recording closes with the apocalyptic fever of ‘Music of the Angels’ (a third imagining of the biblical Revelation of John); a foreboding spectre of the end of time heralded by seven trumpets of astonishing virtuosity and impulse - harbingers of catastrophic visions of ‘hail, fire and seas of blood’.

The definitive stanchion points however come with a new treatise and ferocious reincarnation.

The recording closes with the apocalyptic fever of ‘Music of the Angels’ (a third imagining of the biblical Revelation of John); a foreboding spectre of the end of time heralded by seven trumpets of astonishing virtuosity and impulse (Philip Cobb, James Fountain, Jason Evans, Andy Crowley, Christian Barraclough, Simon Munday and Gareth Small) - harbingers of catastrophic visions of ‘hail, fire and seas of blood’.

The scope of the writing is measured in its brilliance by the performers - a blaze of omnipotent triumph.

1. Fanfare for a New Era (2017)*
for Symphonic Brass and Percussion
(premiere recording)

2-7. Symphony in two movement (2012 – new version 2014)*
for Symphonic Brass and Percussion
(premiere recording in this version)

11. Flourish for an Occasion (1981)Ɨ
for Three Trumpets and Three Trombones