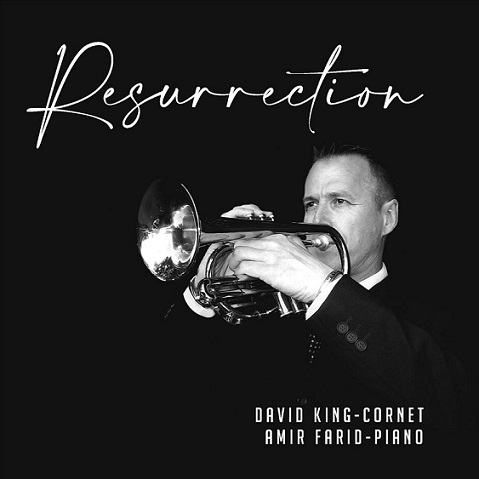 As a conductor renowned for being able to command the focus of attention on major concert and contest platforms, this absorbing recital performance release provides a remarkable display of opaque, self-contained artistry.

However, the level of musical authority is undiminished in what is an intimate showcase of subtle repertoire appreciation.

It is easy to forget that the Australian came to the UK to further his musical education as a player - his reputation secured by claiming the North of England solo title three years in a row.

And whilst the ethos of ‘excellence without compromise’ provided the foundation upon which he ultimately secured startling conducting success, the roots of his musicality were planted deeply in the expressionism soil of his playing.

The performances are pared to their elemental bones to reveal an inherent understanding of line and phrase, command of dynamic and style. Stripped of artifice, each track is shaped with nuance; the insight allied to precise intent

Covid-19 has given him the opportunity to return to the fundamentals of that fertile hinterland - and the results are as enthralling as they are enlightening.

The performances are pared to their elemental bones to reveal an inherent understanding of line and phrase, command of dynamic and style. Stripped of artifice, each track is shaped with nuance; the insight allied to precise intent (assisted beautifully by accompanist Amir Farid).

Even the bravura is tempered; the delicate virtuosity displayed on ‘Sonia’ and ‘Believe Me, if All Those Endearing Young Charms’ contrasting with the touching elegance of Kreisler’s ‘Schon Rosmarin’ and the rich but not over-embellished romanticism of Glazunov’s ‘Album Leaf’.

The title track has a languid virtuosity; a film-noir undercurrent underpinning its joyful  evangelical zeal.

An unaffected gracefulness defines his approach to Schumann’s ‘Traumerei’, ‘David of the White Rock’ and ‘With His First Breath’, and even the academic appreciation of his own arrangement of Mattheson’s ‘Suite in C Minor’ carries a creative inventiveness in its six cameo forms.

The title track has a languid virtuosity; a film-noir undercurrent underpinning its joyful  evangelical zeal.

It closes with a very particular brace of Antipodean musical heritage in Percy Code’s ‘Prelude de Concert’ and Percy Grainger’s ‘Colonial Song’ -  which the soloist pays acutely observed homage to with his cultured admiration.