The death has been reported of one of the great euphonium players of the 20th century — Harry Mather.

4BR has been informed of the death of Harry Mather, who passed away on the 28th October age 93.

Regarded as one of the truly great euphonium players of the 20th century, he was the last surviving member of the famous three times British Open winning Abram (later Bickershaw) Colliery Band; in his words "The best band I ever played for".

Born in 1919, Harry (far left of picture with the famous Foden's quartet) started to play the cornet at age 14 and was tutored by George Ainscough and Harold Moss, before joining Hindley Public Band with cousins, Harry and Ted Gray and Charlie Rushworth. He later joined Abram Colliery on 3rd cornet around 1935, before he joined the armed forces in 1939.

In 1944, the then Bickershaw Colliery Band engineered his release from the Army and he became a noted baritone player with the band under the direction of William Haydock. Later, his playing idol Rowland Jones suggested that he deputise for him on euphonium with Horwich Old Band – and the remarkable impression he made secured his playing future.

He quickly joined Manchester CWS Band under Eric Ball before fulfilling his lifelong ambition in joining Foden’s on solo euphonium. He became a noted soloist and played with the band on their National victory in 1950. He was also a member of the Foden's championship winning quartet along with his cousin Ted Gray.

As a player, Harry had the lot: An outstanding soloist with a quality of sound unsurpassedKeith Hollingshead

He enjoyed further playing spells with Manchester CWS, Cwmbran, Creswell Colliery and John White Footwear, before a proposed move to Black Dyke was curtailed by a successful intervention by James Scott, who persuaded him to join the emerging Cammel Laird Band.

Harry ceased playing at the top level in 1972 and had a short, but successful, conducting career with Port Sunlight British Legion Band.

Personal friend Keith Hollingshead told 4BR: "As a player, Harry had the lot: An outstanding soloist with a quality of sound unsurpassed. Similarly, his band work was of the highest order and was such that his lifelong friend, Geoff Whitham, had no hesitation in placing Harry on his list of all time great euphonium players."

After his playing days, Harry continued to maintain a keen interest in the band movement and was a regular attendee to the band reunions at the famous Navingation Inn in Dobcross.

Throughout his long musical career, Harry's main supporter was his beloved wife, May, who was happy to up sticks on the many occasions necessitated by his moving to different bands. Harry's two sons, Bill and Mervyn, similarly were always most supportive of their father in his pursuit of musical progress

Keith added: "During Harry Mortimer's many visits to Wigan, he and I were always welcomed to the Mather home where we enjoyed May's excellent cooking and listened to the two Harry's reminiscing about their banding days."

The funeral will be held on Tuesday 6th November at 11.30am at the Lower Ince Crematorium, Ince, Wigan. 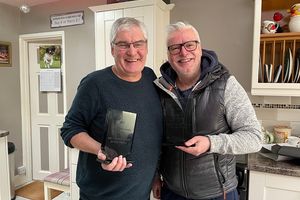 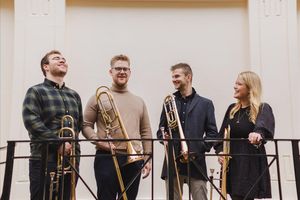 January 16 • Performances by Dennis Rollins, the Bone-afide trombone quartet and Friary Brass Band will entertain the audience at the UniBrass Gala Concert.