Besses Boys Band's victory at the Buxton Brass Festival last month was tinged with sadness — as it marked the final appearance of three valued players.

Paul Garrett, Band Manager and Bb Bass, has taken the decision to move having been associated with the band for many years.

During his time Paul was pivotal in raising funds through sponsorship, which secured the acquisition of several new uniform items, as well as sourcing new performance opportunities. He has also been a valued member of what has become a regular prize winning tuba team.

Tom joined Besses Boys seven years ago, moving through the ranks and covering as principal cornet — winning the 'Best Soloist' award at the 2015 Rochdale Contest. Tom will continue in his role as Musical Director of the Besses Youth Band.

All have played a tremendous part and contributed so much. They will always be welcome back and I wish them every success in the next step of their banding journeyMD. James Holt

Speaking of the departures, MD James Holt said: "Obviously we are hugely disappointed to lose three big characters and performers from our organisation.

All have played a tremendous part and contributed so much. They will always be welcome back and I wish them every success in the next step of their banding journey." 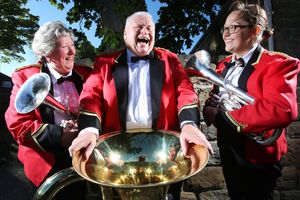 March 28 • There was a time — not so long ago in fact — when brass bands had plenty to smile about... 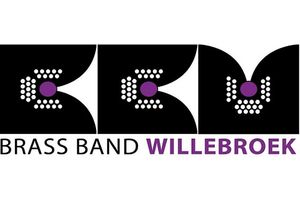 March 28 • Belgian champion Brass Band Willebroek pays a musical tribute to health and care workers all over the banding world...

March 28 • David Thornton is providing 4BR with some daily tips to help players with their playing during the enforced period of self distancing and home isolation. 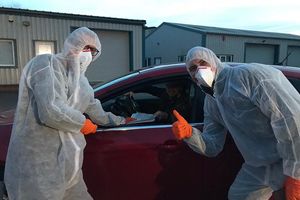 Making sure practice is safe — the PLC way...

March 28 • Paul Lovatt Cooper made sure the players of Roberts Bakery Band were safely kept in practice...

March 23 • Recently promoted to the first section. Foss Dyke invites applications for Musical Director to commence on the return of rehearsals post COVID-19. A friendly well attended band. We are looking for a MD who can continue our heritage of quality music making

March 23 • Looking for a change after the areas? After placing 1st at Brass at the Wyre and a credible 6th place at the recent North West Areas, Golborne Brass require the services of a confident and committed Principal Euphonium & Eb Bass to join our friendly band!