4BR 2019 Band of the Year
The conductors and players

Plenty of fantastic performers and performances to consider from conductors and players who make it into the 2019 4BR Band of the Year. 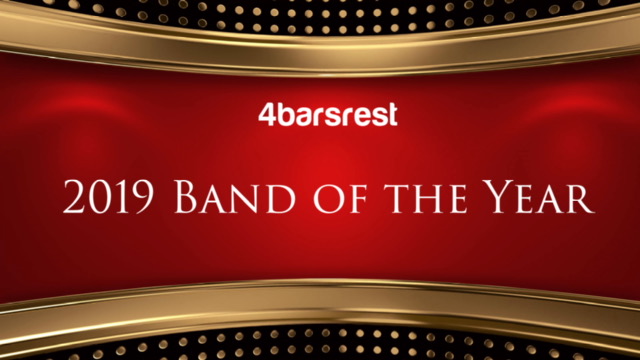 As always, the criterion for inclusion is simple: It's not just a question of who are the best conductors or players in the world, more, who has performed at the very top of their form during the past twelve months and has made a lasting impression on us by doing so.

We (the 4BR Editor makes the final decision after a bit of consultation) think we’ve made a fair selection, and although not everyone will agree with our choices (that's for sure) we believe they make a pretty formidable line up.

The two conductors who continued to lead the way on the contest and concert stage in 2019. They demanded the very best from their players and they were given it in spades in return.

Their musical approach was an mixture of fearlessness and brilliance, polished to gleam like musical gold.

As always we could have picked another nine cornet players to take over in the second half of a concert without any problem - but these were the ones that stood out most for us during the past year.

Led by the imperious 4BR Player of the Year Tom Hutchinson, he’s joined by eight tremendous players who have impressed in their principal roles from players at different levels of their development and experience.

Just picking one player to take on this role was such a hard task once again, but the Norwegian was the pick of a quite brilliant bunch this year.

The same applies for the flugel horn seat, but this was a performer who combined both security and artistry in equal measure whenever we heard them perform.

A trio of outstanding performers in 2019 - each displaying their talents in full on the contest and concert platform as soloists and section leaders to make their mark when it counted.

Two players with new horizons in 2020 to look forward to, but who in 2019 were on the very top of their game – classy, refined and rock solid under the spotlight.

They were not afraid to push themselves too - the rewards of their fearless endeavour being of huge benefit to their bands and a delight to audiences.

Three exceptional players make up our trombone section – led by a performer destined we are sure to be heard making a musical impression in the orchestral as well as brass band world in the future.
She is joined by a young star in the making and an experienced star who simply wowed us.

A quartet of foundation builders who secured their band’s performances deep into the resonant musical earth.  When the spotlight fell on them they were also stars in their own right too - in more ways than one.

You can never have enough percussionists in a modern day brass band.

The Cory duo continued to give the world’s number 1 ranked band an extra musical dimension, whilst it was hard to think of a percussion team that encompassed such ensemble virtuosity linked to an intuitive appreciation of colour, timbre and effect all year as the Swiss.