The Fairey Band, led by Garry Cutt, has claimed the overall Saddleworth & Oldham District Championship Whit Friday title for the first time since 1996.

However, on an evening of late night excitement, which soon turned into a weekend of intrigue and drama, the official result was left in the balance until the outcome of an objection, subsequently made on the Saturday at the Delph Contest, had been heard and decided upon.

It transpired that two bands (later confirmed on investigation by 4BR as Fairey and Brighouse & Rastrick) had entered written objections to question whether Black Dyke (who had initially been declared the winner) had broken contest rules on the Friday night.

A resultant meeting to consider the possible infringement, found that Rule 2 (that the competing band in question must be signed in and ready to play at the time of being asked by the contest officials) had been broken — and the objection was upheld.

The Delph contest organisers issued the following statement to 4BR the day after the event:

"Following two official objections on the following day, Delph contest has consulted and decided that Rule 2 has been contravened. Subsequently, Black Dyke Band has been disqualified and the overall result changed accordingly."

The full details of the decision were given in a subsequent statement issued on Monday evening:

"In the decision to disqualify Black Dyke at the Quickstep Contest, Rule No.2 was considered in the light of two formal complaints, which arrived on the Saturday, after the contest had finished.

Black Dyke readily admits to not being present when they were first called and Prof Nicholas Childs stated to the Booking in Steward that the band would not play if it was a problem.

There was an initial objection to their late arrival by a competing band, which was rescinded before either of them was due to march down. Therefore at that moment there was no problem.

The remaining bands were in agreement that Black Dyke could play on the understanding that they fully understood it was through goodwill. Hands were shaken and the situation thought to have been addressed.

Following the two complaints during Saturday, it has been necessary to uphold Rule 2, and Delph Quickstep Contest Committee will review their booking in procedures to ensure such an incident does not occur in the future.

Our apologies go to all bands in the competition, including Black Dyke, who in hindsight, should not have been allowed to play.

It is hoped that this incident will now be closed and will not mar the future of the Delph Quickstep Contest."

The repercussions were far reaching:

Black Dyke was subsequently disqualified at the Delph Contest, with all other competitors moved up one place in the results — including Fairey, who was declared winner of the £1,000 first prize.

With additional victories at Lees & Springhead and Uppermill, as well as a trio of runner-up spots at Dobcross, Greenfield and Scouthead & Austerlands, it proved crucial in giving the North West Area champion their first overall Saddleworth Championship title by the narrowest of margins.

Fairey's also picked up a trio of third places courtesy of their consistent performances of 'Knight Templar' which following the official announcement of the results looks to have guaranteed them around £7,500 in prize money (which included the overall Saddleworth first prize of £2,500).

With the final results not formally known, it wasn't until late on Monday that 4BR managed to catch up with Fairey's MD, Garry Cutt.

"To do well at Whit Friday you have perform to the highest level of consistency,"he said.

"You are playing against the very best bands on the Saddleworth circuit — so if you are not on the very top of your form, you won't feature in the prizes. I'm delighted at the way the band performed — and that we have once again won the overall title for the first time, we believe, in nearly twenty years."

Fairey was also followed on the day by a BBC broadcast crew for a feature to be shown later in the year. "I'm sure they enjoyed the occasion — especially when they found out how cold it can be at certain contest venues when the sun isn't shining!"Garry added.

The eventual outcome of the Delph contest mean that Black Dyke and Professor Nicholas Childs had to be content with second place overall, bagging an extra £1,000 from the central prize fund to go with prizes won with four victories on 'Knight Templar' at Denshaw, Dobcross, Greenfield and Lydgate

A second place at Lees & Springhead and a fourth at Grotton will see the European, Open and National Champion bank around £5,000.

Third place overall went to Brighouse & Rastrick under Professor David King, with the Australian opting to forgo their usual Whit Friday selections of 'Ravenswood' or 'Knight Templar', by performing George Allen's 'The Wizard'.

What they did not forgo however was their splendid old-fashioned tunics as they secured victories at Grotton and Scouthead, a quartet of second spots at Delph, Denshaw, Lydgate and Uppermill and third place at Greenfield and Dobcross as they bagged around £5,000 for their efforts.

Meanwhile, the battle for the local bragging rights saw Mark Bentham's confident Milnrow, fresh from their fine result at the All England Masters, come out on top after competing at nine venues that included podium finishes at Delph, Grotton and Lees & Springhead.

The runner-up spot went to Marsden Silver, led by Brian Grant, as they performed at all ten venues, whilst Oldham (Lees) with Cory's Chris Thomas and BBC Radio 2 Young Brass Award winner, Grant Jameson in their ranks, secured victory at Diggle and a fourth at Uppermill key to finish third under the baton of John Collins.

Wardle Academy Youth continued to have a 2015 to remember as the triple titles winners added a fourth to their name in the space of five months by being crowned Youth Champion.

Following the two complaints during Saturday, it has been necessary to uphold Rule 2, and Delph Quickstep Contest Committee will review their booking in procedures to ensure such an incident does not occur in the futureDelph Contest 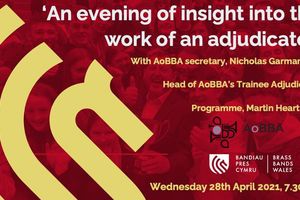 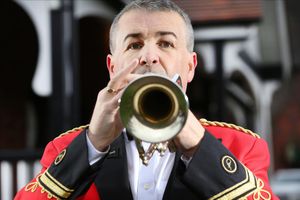 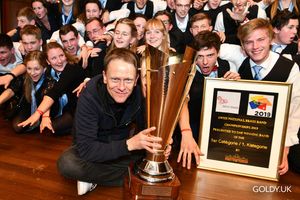 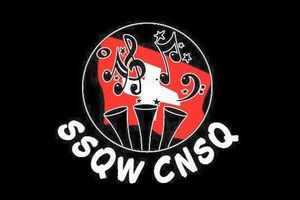 April 22 • Come and join the Watford band!. We are a friendly, welcoming band. . Currently in Fourth Section but hungry for promotion. . We are looking for Bb Bass, 2nd Trombone, . 1st, 2nd Horn Players, and Percussionists.