The Royal Welsh College of Music & Drama Brass Band won the second semi-final of the televised 2018 Band Cymru competition on the weekend.

Although pre-recorded for broadcast, the outcome had been held a closely guarded secret by the producers, with two further semi-finals to come before the live broadcast final in Swansea on April 22nd.

And whilst the competition rules mean that victory against City of Cardiff (Melingriffth) and the 'riot jazz' group 3D Brass does not guarantee their place there (the four best ensembles are chosen), the judges said their "high level of achievement"under conductor Andrew Wareham, "massively impressed"them.

It was a collective opinion that could well see them through to battle for a first prize worth a potential £10,000.

There was also an added touch of pressure on the band's young MD as his own performance was being marked by Dr Robert Childs as part of his post graduate conducting studies.

However, you wouldn't have be able to tell as Andrew confidently directed a contrasting programme that opened with Samuel Hazo's 'Ride', before euphonium soloist Grant Jameson was featured on 'Myfanwy'.

A neat touch of stylistic variance came with Elgar Howarth's classic take on 'Hunting the Hare', before they closed with a purposeful account of Peter Graham's 'To Boldy Go'.

Audience 'expert' Branwen Gwyn called them "a high quality band"that produced "a lovely fresh, energetic sound", although her own choice for victory saw her "heart"plumb for 3D Brass and her "head"go for City of Cardiff!

The judges though opted for the talented student ensemble, with Wyn Davies adding to his remarks by saying they were "exciting and rousing", whilst American trumpet star Michael Mossman said that he heard "virtuosity and excitement in individuals and sections on some really difficult music."

Jazz trombonist Gordon Campbell added felt the band was "technically brilliant and so precise", summing up his thoughts with, "Whoa! That's it!"

In what was a typically eclectic programme, produced to aim at a wide ranging music loving audience at home, the RWCM Brass Band was featured against 2016 finalists City of Cardiff (Melingriffith) and the 14 piece ensemble 3D Brass.

Led by Dewi Griffiths the Albert Hall National Final qualifiers showcased a set that opened and closed with energetic items from the pen of Matthew Hall in 'Dragon's Rise' and 'Calon y Ddraig' whilst Lowenna Taylor was the excellent tenor horn soloist in 'Psalm' by Karl Jenkins'.

Meanwhile, the innovative riot jazz group 3D Brass played a choreographed set that included 'Pump It!' by Dick Dale and The Del Tones', the tenor saxophone solo, 'Rather Be' and the Lucky Chops pairing of 'For Connie' and 'Temple of Boom' to close.

Jazz trombonist Gordon Campbell added felt the band was "technically brilliant and so precise", summing up his thoughts with, "Whoa! That's it!"4BR

Both bands certainly made a favourable impression with the judges and Branwen Gwyn, as she summed up City of Cardiff in just three words; "Honest. Powerful. Welsh.", whilst she added that the "pure entertainment"of 3D Brass meant she "wanted to be in their gang!"

The victory though went to the RWCM&D Brass Band with MD Andrew Wareham saying that he was "lost for words"as he lifted the semi-final trophy to the cheers of his student players.

The third semi-final of the 2018 Band Cymru competition will be aired at 8.00pm on S4C on Sunday 8th April. 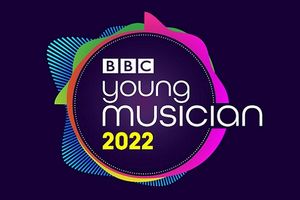 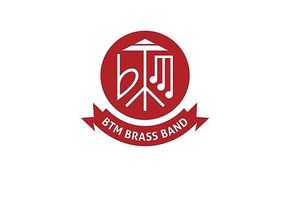 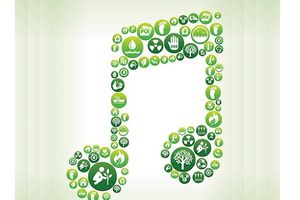