The recent death of the Welsh composer has been announced.

It is with deep sadness I report the death of Dr. Alun Hoddinott, C.B.E., the Welsh composer and academic.

He was born in Bargoed, Glamorganshire in 1929 and learned to play the violin at an early age, but moved to Penllergaer on the outskirts of Swansea when his father became headmaster of the local school.

He always confessed he had the good fortune to attend Gowerton Boys’ Grammar School, where he came under the influential guidance of the talented and enthusiastic music master, Mr Cynwyd Watkins, who in turn was so proud of his protégé.

Alun gained priceless musical experiences at the school, which, prior to peripatetic instrumental teaching was way ahead of its time, with only Mr Watkins to guide and assist his young charges. This also included composing music for pupils to perform in school productions etc., which proved to be a source of great inspiration to Alun who had a natural flair for and excelled in composing, which eventually earned him a scholarship to study at Cardiff University.

In fact, the school is very proud of the number musicians they have helped develop over the years, which include internationally acclaimed:- opera singer Denis O’Neill; composers Karl Jenkins and Mark Thomas; conductor Wyn Davies; several instrumentalists with major orchestras and singers in Opera companies/professional choruses; countless music teachers and music advisers.

His interest in orchestral colour is well documented, but it was something of a challenge for him to write his first work for brass bandTony Small

Alun attended the very first residential course of the National Youth Orchestra of Wales in 1946 – the world’s first National Youth Orchestra. I first met him when I was a first year pupil at Gowerton and was immediately in awe of this iconic figure when he visited the school during one of my music lessons to inform his mentor that his Clarinet Concerto was to be premiered at the Cheltenham Festival.

Little did I realise at that tender age that I was to become a student of his at Cardiff University many years later and then a friend of his — and his wife Rhiannon – when, on his retirement he was to move to within two miles of my house. We periodically met for a social evening over a meal and a good bottle of wine (or two) and my wife and I used to look forward to these interesting occasions with great anticipation.

Obituaries in the major national newspapers have been well-deservedly generous, mentioning his importance as the most admired of British composers of his generation and listing his major achievements. However, they failed to mention his brass band output and on behalf of the National Youth Brass Band of Wales I wish to rectify that.

The band’s administrator, Keith Griffin, reminds me that…. “Alun was the inspirational Professor of Music at Cardiff University, where students had the regular experience of meeting major contemporary musicians, e.g. Benjamin Britten, Peter Maxwell Davies, Tippett, Dankworth, Ogden, Rostrapovich, Previn, etc. He established the Cardiff Festival of 20th Century Music which introduced a wide variety of contemporary works to the public.

His interest in orchestral colour is well documented, but it was something of a challenge for him to write his first work for brass band — a medium he approached with some puzzlement, but with growing respect for the technical ability of the members of the NYBBW. His encouragement at rehearsals and concerts was very much appreciated by the young musicians”.

Alun’s first composition for the NYBBW was Fanfare with Variants (1985) and I remember the musical director, Professor Edward Gregson, being greatly impressed with the rich colours he managed to extract from the brass band, a language which had hitherto not been heard.

This was followed by Welsh Dances (1987); Symphony No 8 (1992) for brass & percussion; Percussion Concerto (2000); and Concerto Grosso (2004) for brass ensemble and brass band. Alun cherished his liaison with the NYBBW, so it was no coincidence that he was the first major composer to write a Concerto for Euphonium and Orchestra, an instrument which he enjoyed for its tonal colour and versatility – and, of course, the musical ability of David Childs, for whom the concerto was written.

David gave the world premiere in the 2004 BBC Proms at the Royal Albert Hall, London – I was present at this magnificent performance and know that Alun was thrilled with David’s outstanding artistry and virtuosity. Dr. Hoddinott also wrote a Trumpet Concerto (The Shining Pyramid) for my son Gareth Small, which he premiered at St David’s Hall, Cardiff, on the last night of the Welsh Proms in 1995, conducted by Owain Arwel Hughes and accompanied by the Hallé Orchestra.

Alun said he was…. “greatly impressed with Gareth’s bravura, virtuoso performance”… so much so, he was invited to perform it again at Alun’s 70th birthday tribute, with the orchestra of the Royal Welsh College of Music, Cardiff, during the 50th anniversary celebrations of the College.

In 2005 the NYBBW commissioned a brass band transcription of this concerto and Gareth was invited to be the soloist once more. He also wrote a Concerto for Trombone & Orchestra which was premiered by the BBC National Orchestra of Wales.

All of these major compositions have greatly expanded the repertoire of music for brass and it would be gratifying if brass musicians would perform Alun’s colourful compositions, thus exploring a different language for brass.

Alun was a wonderful talent and exceptionally innovative when he took over the Chair at Cardiff University, for he used to invite the BBC Welsh Symphony Orchestra (which I played for at that time) and their conductor, John Carewe, to perform students’ compositions.

Composers and performers had the opportunity of discussing each composition and this proved to be most helpful and stimulating for all those young composers, for in the 1960’s there was no other way of hearing your music played, unlike today, with the aid of computers and music programmes, e.g. Sibelius.

Alun was a lovely man, generous in every sense of the word – with his time, his talent, his humour and his friendship. His loss leaves a great void in music, not only in Wales, but internationally. He will be greatly missed by all who knew him — I certainly feel all the better for having known him. Alun leaves a wife, Rhiannon, and a son, Ceri. May 15 • If you are a composer who wishes to write quintet music for organ and brass with Onyx Brass, Paul Mealor and Francesca Massey — then get ready to pick their brains... 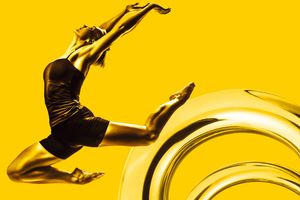 Service call for bands on Radio 3 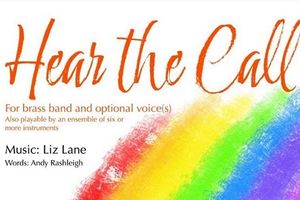 Bands asked to Hear the Call

May 15 • Bands across the UK are being invited to sign up to take part in a special celebration day — and to get it heard by performing a free new work by composer Liz Lane. 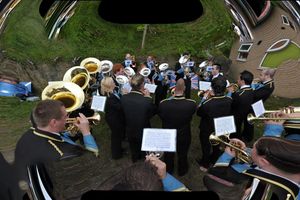