A hat trick of successes sees Wales dominate at the National Finals.

Inspired by the major championship wins of Cory, Beaumaris and Tredegar so far this year, there was further title winning success for resurgent Welsh bands to celebrate at the National Finals in Cheltenham.

And with the London & Southern Counties Area claiming its third victory in the last two years, some of the traditional powerhouse regions of UK banding were left to wonder how they can make up lost ground on their rivals, as they ended outside the winner’s enclosure at the famous racecourse once again.

It was certainly a wonderful weekend to be Welsh in Cheltenham.

The impressive Goodwick Brass, directed by Matthew Jenkins, certainly left runners in their wake as they claimed the Second Section title on Saturday afternoon, whilst a few hours later they were followed home by compatriots Ebbw Valley who romped to victory in the Fourth Section, conducted by Gareth Ritter.

Not to be outdone, Tylorstown, led by Gary Davies, were crowned champions after a hard fought neck and neck First Section battle on Sunday evening.

Only the representatives in the Third Section came empty handed, but with City of Cardiff (Melingriffith) 2 also gaining a top six finish in the Second Section and a top 10 finish for Ammanford in the Fourth, it rounded off a remarkably successful National Finals for Welsh banding.

There was also a great deal of pride felt by representatives of the London & Southern Counties Area, as LGB Brass confounded the Cheltenham bookies and recalled memories of long shot Gold Cup winner Norton Coin in claiming the Third Section title under the baton of Ian Stewart.

After so many years of missing out on National silverware, the region has now won three titles in just two years, following victories for Norfolk Wherry Brass and Hitchin in 2012.

With Kidlington Concert Brass snatching an excellent third place in the First Section and Epsom & Ewell a top six finish in the Second, it was a fine contesting weekend for the region once again.

Although there was no championship winning banner to wave in celebration for the Midlands, there was certainly a commanding show of consistency from Area representatives in each of the four sections.

Strong performances from Staffordshire and Foresters Brass 2000, saw them end second and fourth respectively in what was described as a closely fought First Section contest between the top four bands.

Meanwhile, Bilton Silver (Rugby) had to be content with the runner-up spot (and the best soloist award) for the second year in a row in the Second Section.

Hucknall & Linby claimed a top six finish (with Shipston in eighth) in the Third Section, whilst a remarkable show of contesting character from Ifton Colliery (who took to the stage with just 17 players) in the Fourth Section saw them claim an outstanding third place, with compatriots Resdev Market Rasen in sixth.

There were to be no titles making their way to the North West for a third successive year, as one of the traditional powerhouses of lower section banding once again came away empty handed.

However, there were signs of encouragement for future National assaults with podium finishes for third placed Hawk Green in the Third Section and runner-up Coppull & Standish in the Fourth.

Yorkshire missed out on claiming a National title for the first time since 2010, as their representatives could only manage a single podium finish thanks to Skelmanthorpe B’s fine runner-up placing in the Third Section.

There was some additional cheer though, as Barnsley Metropolitan and Drighlington claimed top six finishes in the Fourth and First Sections respectively.

West not quite best

The bands from the West of England also left empty handed this year, with only Swindon Pegasus claiming a podium finish in coming third in the Second Section.

There was some cheer though with strong showings from Filton Concert Brass and Bodmin Town seeing them gain top six finishes in the First and Third Sections.

Despite the substantial investment in youth development, the fruits of their long term development plans are yet to flourish at senior level for the Scots, as they endured another disappointing National Finals return.

Not one band ended the weekend with a top six finish, although there were many who felt the much fancied Newtongrange would have come higher than seventh in the First Section and that St Ronan’s were unlucky not have come much higher than ninth in the Third.

However, with Unison Kinneil just missing out on a mention from the stage in the Second Section and some hard working performances from other qualifiers, there were signs that perhaps contest winning roots are beginning to take hold.

With Catterick Brass having to withdraw from the First Section as many of their Army personnel could not gain the required leave from their military duties, the North East qualifiers also failed to register a top six success.

A bold performance from Harrogate that finished eighth in the First Section was their best return, although there was a top ten finish for York Railway Institute in the Second and a well earned seventh place for East Riding of Yorkshire in the Third.

It was certainly a wonderful weekend to be Welsh in Cheltenham4BR

No top six finishes: Scotland and North of England 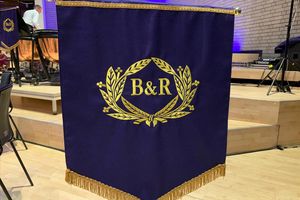 Brighouse looks to team up with past members 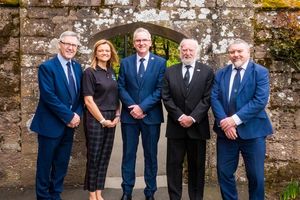 July 27 • Over 100 talented young players will be meeting up face to face this weekend for a fantastic six day residential National Youth Band course. 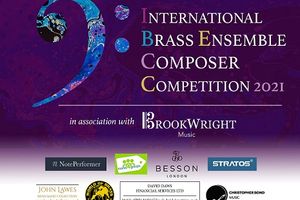 Heroes to get an early preview in London

July 26 • Foden's Band will return to Regent Hall to preview the National test-piece alongside the composer in October.