Foresters Brass 2000 claimed the First Section title with a well-deserved victory under MD John Davis, as 'The Land of the Long White Cloud' proved to be a formidable test of the current ambitions of the sixteen competitors.

In a contest of wildly contrasting standards, no band emerged completely unscathed, with only the top-six or so really showing that on this form they could realistically hope to bridge the gap to the Championships Section with a degree of long term success.

One though was certainly the new 2017 champion, who produced an invigorating performance built around a richly emotional lyrical core that gave the adjudicators Dr Chris Davies and Kevin Wadsworth just what they were looking for from what they called, 'a very demanding score'.

Joining Foresters Brass 2000 in Cheltenham as part of a strong brace of Midlands representation will be Rushden Town led by Adele Hudson, whilst just missing out (Tintwistle withdrew losing the third qualification place in the process) was Hathern under Dave Newman.

They will however take some comfort from their promotion to the Championship Section in 2018. Meanwhile, the remaining top-six places went to Enderby, with Langley and Shirley close behind.

With the judges talking about the essence of a 'big picture' created by the composer that had to be fully understood by the MDs in their approach, and with the need to tailor both dynamics and tempos to bring clarity and balance to the detailed writing, it came as little surprise that the performances that had an obvious feel of solidity, confidence and control eventually came out on top.

For the experienced duo that came from the penultimate band, following a contest that was led until after the halfway mark by a reading of character and stylish execution by Enderby off the number 3 draw.

However, that was eventually superseded by Rushden Town, as Adele Hudson brought a level of vivid consistency into play to secure their first National Finals appearance since 2015, and bounce back brilliantly after their disappointing outing at Butlins earlier in the year.

The trio of well-constructed accounts from Hathern, a lyrically inspired Langley and finally Foresters Brass 2000 brought a late flourish to the proceedings; the eventual winner producing a performance was richly praised by the judges for its style, consistency and dynamic approach — something MD Chris Davis was delighted by as they secured a Cheltenham return for the first time since 2013.

"I'm over the moon,"he said. "It's such a great achievement for the band based on hard work, amazing teamwork and a very strong sense of togetherness that makes conducting Foresters such a joy. It's such a privilege to be a small part of that team."

Meanwhile, principal percussionist Stephen Fraser was already looking further ahead: "The band will now get back to work, aiming to deliver another strong performance in upcoming contests, such as the Enderby March &Hymn contest, as well as beginning preparations for our trip to Cheltenham to represent the Midlands at the National Finals.

Band Secretary and principal cornet Steph Ayton meanwhile summed up the overall feelings when she told 4BR: "We are all thrilled. We have a great atmosphere and spirit in the band and John has really built on that since he took over. We came off stage knowing we had played well, but to win made it a very special day."

It was not however a special day for the bands who found Philip Sparke's set-work at the limit of the current contesting credentials.

With far too many performances blighted by re-occurring minor and major errors, nervousness and basic errors that shone an occasionally very uncomfortable light on the overall standard of First Section banding in the region, it rather emphasised the point that with just 11 competitors in the Second Section, the top-heavy structure seems to be working against bands that would surely be more comfortable competing at a lower level.

It's such a great achievement for the band based on hard work, amazing teamwork and a very strong sense of togetherness that makes conducting Foresters such a joy. It's such a privilege to be a small part of that teamMD, John Davis 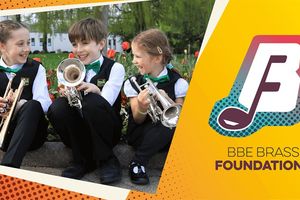 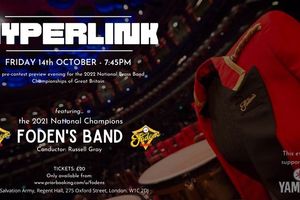 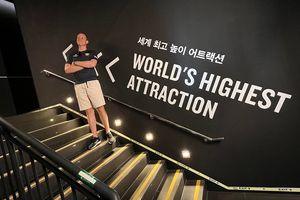 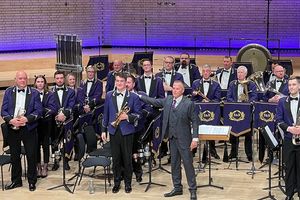