The music has been sent out to the 116 youngsters of the three levels of the National Youth Brass Bands of Scotland to preparing for their virtual on-line concert in August.

The music that will be performed by 116 members of the National Youth Brass Band of Scotland (NYBBS) for their forthcoming 'Virtual Performance' has been selected has been distributed so that they can prepare for the online 'grand finale' concert, scheduled for 8th August.

4BR has been informed that course tutors, directors and organisers have held Zoom planning meetings to coordinate their roles in mentoring and assisting the students in their preparation to bring to an end what would have been a week's residential summer course at Strathallan School in Perthshire.

Since the cancellation of the NYBBS course because of the COVID-19 lockdown, work has been going on behind the scenes by the Scottish Brass Band Association (SBBA) to create an exciting and memorable project, made possible through funding from Creative Scotland's Youth Music Initiative (YMI) scheme.

All three NYBBS bands — Children's, Reserve and Senior, will be participating in the innovative venture that aims to create an enjoyable programme of music interspersed with interviews and chat.

All three NYBBS bands — Children's, Reserve and Senior, will be participating in the innovative venture that aims to create an enjoyable programme of music interspersed with interviews and chat4BR

For the 35 youngsters taking part in the Children's segment the music featured will include 'Jim the Juiceman', written by Alan Fernie in honour of the man who brought fruit juice refreshments to the band at Strathallan, and 'The Girl Who Sat on the Hill', a traditional Norwegian tune arranged by Fredrick Schjelderup.

Meanwhile, the 38 Reserve Band members will perform 'Starburst' by Dan Price and 'The Spirit Within' by Ben Hollings, while the 43 Senior Band members will get to grips with W. Hogarth Lear's 'Pell Mell' and 'Hine e Hine', the traditional Maori lullaby arranged by Peter Graham.

All three bands will then join forces for a rousing rendition of the march 'Slaidburn' by William Rimmer.

The individual parts, all recorded in isolation by the youngsters, and the conversational snippets will be melded into a single show by professional TV and film editor Clyde Wallbanks, to be broadcast on the SBBA YouTube channel on 8th August. 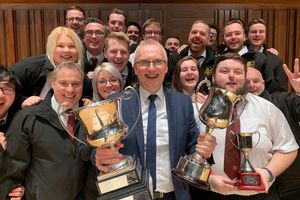 November 27 • Tredegar has taken the first small steps back to playing together by following the regulations and guidelines provided in Wales. Top Cs featured on this week's Besson Fridays at Home

November 26 • The father and son duo of Stephen and Philip Cobb are the guests Roger, Phil and Steve for a bit of Friday night chat this week. 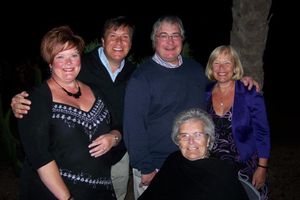 November 26 • 4BR has been informed of the death of the hugely respected Morfydd Myfanwy Childs. November 17 • Chadderton Band is a non-contesting band playing at various events throughout the year. We are a friendly band looking for players of all ages and abilities on all sections + EUPH and percussion. Most welcome to come along and have a blow give us a try.

November 12 • Crewe Brass require an Eb or Bb Bass to complete the "engine room" line up. We are also seeking a Tuned Percussionist to complete our section.

November 1 • We are currently looking to recruit a Bass Trombone BBb bass and EEb bass to bring the band up to strength ready for when things return to normal. We are graded section 3 in the Midlands taking part in a good range of concerts and contests