4BR talks to the Swiss composer about his latest work 'Volatile Gravity' for drum set and orchestra which is to be premiered this weekend in Basle.

4BR Editor Iwan Fox is joined by Oliver Waespi, the Swiss composer who over the years has written some of the most popular as well as demanding works for the brass band medium.

These include his urban compositions such as 'Hypercube' and the Renaissance dances of 'Graces of Love', to the Shakespearian inspired 'Tracing Time' and the celebrations of the majesty of nature such as 'As if voice were in them...' and 'Audivi Media Nocte'.

You can find out more about his works at: www.oliverwaespi.ch

He is now awaiting the premiere of his latest work, entitled 'Volatile Gravity', a concerto for Drumset and Orchestra, featuring the talents of Jojo Mayer and the Basel Sinfonietta conducted by Baldur Brönnimann, which will be performed on 27th June at 7 pm at Stadtcasino in Basel, alongside works by Frank Zappa.

Oliver talks about the work and its inspiration as well as looking back 10 years to the premiere of 'Audivi Media Nocte' — and how the two pieces share his obsession with pulsations and rhythms.

All this and we even find out about his thoughts on the chances of Switzerland making the knock-out stages of Euro 2020.

The concert will also be live-streamed.

You can find out more about Oliver's work at his new website at: www.oliverwaespi.ch

Bands reminded of rejoicing in public

July 29 • Bands have been reminded by the publishers of the British Open set-work of the performance rights associated with Edward Gregson's composition.

July 29 • The National Youth Brass Band of Great Britain has enjoyed the support of one of the UK's leading pharmacy chains to put on its summer residential courses.

July 29 • James Holt is the new Chairperson of the Brass Band Conductors Association following a year of activity and positives under Mareika Gray's drive. 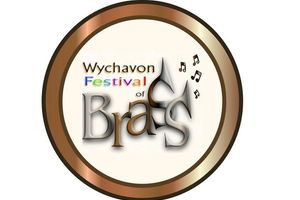 July 29 • There are spaces for Second, Third and Fourth Section bands at the popular Wychavon Festival of Brass.