4BR talks to Belgian cornet star making a name for himself as an inspirational conductor in New Zealand after leading North Shore Brass to an impressive podium finish at the recent National Championships.

We catch up with the Besson cornet virtuoso who is now also making a mark as a conductor in New Zealand after emigrating to the country in 2020.

He talks about how he is enjoying his new musical life in the country and why he picked Torstein Aargard-Nilsen's 'Old Licks Bluesed Up' as his own-choice work with North Shore Brass at the recent New Zealand Championships, where they claimed an impressive podium finish.

He also talks about his teaching and his admiration for the way in which New Zealand is investing in its musical youth — and reveals that he is even starting to just about understand the rules of rugby union... 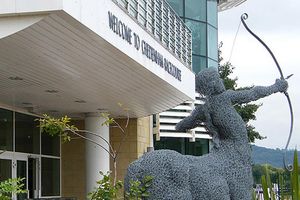 September 19 • The town nestled in the Calder Valley, Hebden Bridge will be roaring tonight as it discovers, it has a National champion brass band within it.