Youth Brass 2000 looks towards the future

One of the leading youth bands in the UK continues to look to inspire future generations of youngsters.

Youth Brass 2000 has told 4BR that they are determined to continue to fly the flag for UK banding following yet another appearance at the European Youth Championships.

The band has an incredible CV of achievements under the baton of MD Chris Jeans and continues to inspire youngsters as part of the self-funding organisation.

Chairman Don Collins told 4BR: "We are of course very proud of representing England and UK banding at events such as the European Championships and providing youngsters with experiences, such as playing at Symphony Hall in Birmingham that we hope will inspire a lifetime of brass band enjoyment, long after they leave our ranks."

He added: "We are particularly proud of our independence as an organisation and as such we do not have links to music hubs or feeder channels to other music organisations. What we do we do ourselves.

We are committed to developing young musical talent and so welcome any player who wishes to join us. All we ask is for commitment and the ability to have plenty of fun."

The band has attracted players from as far afield as just north of London to west of Manchester, and in recent years have claimed multiple National, Brass in Concert, Butlins and British Open titles, as well as undertaking tours and of course successfully representing the country at the European Championships throughout Europe.

Don added: "Any new members can look forward to our annual tour, this year to Lake Garda in Italy, and of course would be able to represent England in the Premier Section of the European Youth Championships in Malmo in Sweden next year."

We are committed to developing young musical talent and so welcome any player who wishes to join us. All we ask is for commitment and the ability to have plenty of funDon Collins

The band is a fully constituted registered charity with a fully elected non paid committee, all DBS checked, plus five registered licensed chaperones and a full complement of a fully trained safeguarding team.

Don concluded: "We work tirelessly to ensure costs are kept to a minimum and to provide unforgettable experiences for youngsters — so if anyone out there is interested in being part of what we do, we would love to hear from them."

To find out more go to: www.youthbrass2000.com 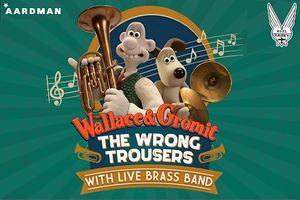 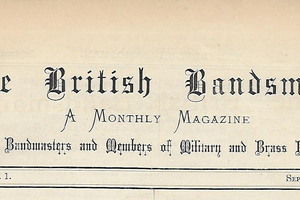