The long list of 4BR annual award nominations that will be considered by our panel of judges has been released. 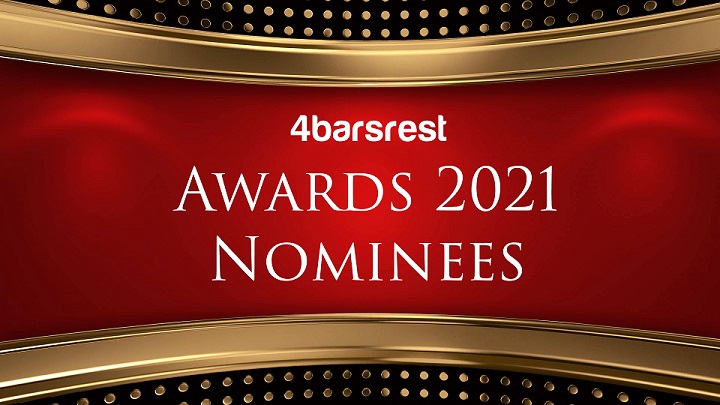 2020 was a year hopefully never to be repeated, so it was good to report that 2021 was somewhat better. The warning signs of regression cannot be ignored though.

As a result, the banding world has continued to be challenged in a way almost beyond its control – although everyone should take heart from the remarkable response of so many individuals and organisations.

The spirit of adventure and innovation remains strong and unyielding. It is a foundation to continue building on in 2022.

Congratulations then to everyone who has done something positive – be it an on-line performance or contest appearance to a concert promotion, recording or just a get together virtually or in person at some time.

The response has been amazing, even if there may still be further frustrations ahead.

As with 2020 the 4BR nominations in each category reflect the proactive responses to, as well as the excellence displayed in producing brass band music in its varied forms and formats throughout the past 12 months – especially those that have reached out beyond our traditional self-possessed boundaries.

The nominations will be presented to an international panel of critics and informed observers who will give their top three in each category.

They will be collated by 4BR with any casting vote in the event of a tie decided by the 4BR Editor. The results will be announced on Christmas Day.

Thankfully bands have returned to what they do best this year – tentatively at first, but with growing confidence thereafter.

Although contesting has yet to reach its pre-covid schedule levels there were still plenty of events and competitions to enjoy. Several banding organisations also continued to build on the foundations put in place during 2020, enabling them to return with confidence.

Lots to admire as well as enjoy  – and these bands provided us with excellence in all sorts of ways.

There were frustrations and challenges for conductors of bands at all levels during 2021, even though there was some light at the end of a very long tunnel with contesting and performance opportunities.

Conductors/Musical Directors had to encompass very different skill sets too – no longer just inspiring players in front of a band, but sometimes via zoom, or by an old fashioned telephone call to keep enthusiasm levels up.

Others led initiatives and new developments - becoming a focal point of keeping their organisations at the forefront of the movement, as well as reaching out to potential new audiences and support.

Each of our nominations did that and more during the year around the brass band world.

Once again, the traditional mark of excellence on the contest stage may well have been missing for the vast majority of 2021, although there were other opportunities for players to showcase their talents.

It was good to both see and hear on-line performances of note, CD releases, masterclasses, video production and presentations.

These were the musicians that came to the fore on the various performance platforms for us in 2021 – all brilliant.

As in 2020, a hard one as we didn’t get to hear what would have been some eagerly awaited works at the major championships around the banding globe.

Still, there was some great original music to enjoy from composers both emerging as well as established (and some timely reprises), with these nominations all making a lasting impression on the musical mind.

2021 Lower Section Band of the Year

2021 has been another exceptionally difficult year for bands below the elite level.

However, many have yet again been proactive with their approaches – from weekly quiz nights, online contest performances, guest masterclasses and community projects, as well regular rehearsals with those first signs of a return to ‘normal’ later in the year.

There were so many super examples to choose from, but these are the ones that have shown the way for us – from contest stage success to community engagement.

Many of these bands have been successful on contest return, but others have continued with their innovative work in reaching out beyond their usual musical boundaries.

2021 Contest Performance of the Year

Despite the circumstances there were still some stunning ‘live’ contest performances to savour when bands did return to the contest stage this year.

These ones stood out for us though on our limited travels, as well as from the comfort of our home thanks to live online broadcasting.

Once again it was heartening to report on a host of newcomers making their mark on different fields of the banding world.

From talented players to organisations, manufacturers to broadcasters and producers – the sense of investment, dedication, invention and entrepreneurship is backed by a love of making brass band music.

Although the overall number of band and ensemble CDs (including download formats) brought onto the market was down yet again for understandable reasons, the quality certainly wasn’t - with a host of outstanding releases to enjoy in different genres.

The very best were not just examples of wonderful playing, but also of musical insight and appreciation of the repertoire performed.

Despite the restrictions that would have made recording nigh on impossible this year, there has still been an encouraging crop of high-quality solo and small ensemble CDs that have been released.

What has been particularly pleasing has been the variety on show – with plenty of seriously inventive thinking going into the featured repertoire and production values.

A few surprises too – and all the better for it.