Eikanger claim a historic 'Grand Slam' and reveal the ambition to claim even more success after winning the Brass in Concert title in a style a bit like the Berlin Philharmonic Orchestra...

Eikanger Bjorsvik flew home to Bergen on Monday afternoon having to juggle their luggage allowance at Newcastle airport to accommodate the extra silverware that came with being crowned 2017 Brass in Concert champion.

However, the Norwegians wouldn't have complained if their tickets were stamped with another extra addition, as victory at Sage Gateshead over the strongest field ever assembled for the event undoubtedly confirmed their status as the best brass band in the world.

They end 2017 as European, Norwegian National, Siddis Entertainment and Brass in Concert title holders — a magnificent 'Grand Slam' of all the major championships they took part in. All that remains is the British Open, and that is very much on the radar in 2018. You wonder who could possibly stop them.

"We are thrilled,"spokesperson Viggo Borge told 4BR as they waited to board their plane back to Flesland airport.

"To be able to compete here is something we aimed to achieve by winning the Siddis title. Now we've become champions we look forward to returning again, although with the Europeans in Utrecht and British Open in Birmingham, we are finding out that being successful is also very expensive!"

However, with £4,000 for claiming the Yamaha Newsome Trophy and another £1,000 for 'Quality of Performance', there should still have been enough loose change left in the band funds (plus a concert fee on the Saturday) to have been able to buy a few bottles of duty free champagne to celebrate with when they touched down.

"To win against such fantastic bands is a reason to celebrate,"Viggo added, before admitting, "...although we did a fair bit on Sunday night at our meal together in the hotel."

And as for the future?

"We enjoy competing against the very best in the world, and that's given us an extra incentive to qualify for the Europeans, Brass in Concert and British Open. We are still ambitious to do even better though, as we also want to become the officially ranked number 1 band in the world as well."

That aim will certainly send shivers of apprehension down the spines of domestic as well as international rivals, as the remarkable quality of their playing under conductor Reid Gilje brokered no argument; Jan Van der Roost and Lito Fontana awarding them first and second in terms of performance, with the other judges also placing them close to the top of their self-contained programme elements.

The specially commissioned 'Tales of the North Sea' set (premiered at Siddis just a fortnight ago) was a sumptuous musical canvas on which to display their outstanding talents (aided by the Mariana Trench deep sonority of 'Best Trombone' Tore Byrne Berg on bass trombone).

The concept was also a triumph; stimulating the musical mind as well as the emotional heart with its stylistic nuances full of rich textures, dry wit and ferocious drama. It was delivered with such a rare degree of musical artistry that the minimal amount choreography and multi-media presentation simply intensified the focus on their playing brilliance.

Lito Fontana described it as 'AMAZING!!!' in summing up his written remarks, whilst Jan Van der Roost littered his with the adjectives, 'spectacular', 'terrific' and 'virtuoso'. Nick Grace described the programme content as demonstrating, 'progressive invention, creativity, inspiration'.

And whilst Peter Framcomb called their 'simple' entertainment and presentation 'engaging', Richard Evans compared the band to the Berlin Philharmonic Orchestra with the degree of their 'incredible' professionalism. 'This band reminds me of them' he wrote.

Not surprisingly then, behind Eikanger came rivals who gave of their all, but were still left bobbing in their wake like flotsam and jetsam.

They were led by Fountain City's bravura vibrancy, as the American's brilliantly energised, high-impact visual approach pinned the audience back in their seats from the word go.

Their runner-up finish, (adding the prizes for 'Programme Content', 'Best Performance in Entertainment & Presentation', 'Best Soprano' and 'Best Percussion') was not only testament to their audacious hutzpah (and solid playing), but also to the charismatic leadership of MD, Joseph Parisi, who has done so much to develop his ensemble into such a fine performance vehicle in all contesting disciplines.

Little wonder their Facebook page was packed full of congratulations from all parts of the USA and beyond. This could be the most significant contest result in American banding history — and a clarion call to reinvigorate a domestic banding movement (the US Open held on the same weekend had just five bands) that has been crying out for a worldwide standard bearer for the Stars & Stripes.

What now for UK bands

What the result means for UK banding will be a matter for a great deal of debate over the coming months — as the heavyweight trio of Foden's, Cory and Tredegar were bookended by Paris Brass Band in sixth.

Recently crowned National champion Brighouse & Rastrick ended seventh, with the rest (including a curiously subdued Grimethorpe) left to ponder how in future they can replicate the sense of innovative musical adventure displayed by the leading contenders. The dividing line between the best and rest was stark.

Foden's neatly realised 'Youth' programme certainly saw them back to their best under the baton of Dr Robert Childs, with euph star Gary Curtin claiming the prestigious 'Best Soloist' award for his terrific rendition of 'Elfriede'. Their entertainment approach sounded rejuvenated, the podium finish fully justified.

The result though may see Cory having to possibly consider tweaking elements of their hitherto all-conquering entertainment alchemy — although in terms of quality of performance (with deserved awards to Helen and Glyn Williams and tuba team) they were the equals of Eikanger.

Philip Harper's 'Sgt Pepper' inspiration was as clever and polished as ever, but also more than a touch familiar. Fourth place raised a few eyebrows for a number of different reasons.

So too the 'Breaking Boundaries' set from Tredegar. Ian Porthouse's team, aided by dancers from the Rambert Ballet took the BiC ethos of 'free from artistic restriction' at its inspirational word to claim the newly instigated 'Audience Prize' (as well as 'Best Baritone').

Their reputation for bold inventiveness and risk taking was displayed in full. Fifth place could have been higher.

With such a wide variety of approaches on show, it was certainly a day of subjective personal opinions, and not just with the judges. The esoteric Gallic delights of Paris Brass Band were chief amongst them.

Their philosophically inspired 'Life' programme, written by Fabien Cali certainly made the audience ponder, but like the writing of Jean Paul Sartre, it also took a fair bit of understanding (the explanatory narrative by Frank Renton almost sounding like the opening lines to a PhD lecture).

Ian Bousfield was impressed enough to award the composer the 'Best New Composition' prize, whilst sixth place overall was a fair indication of the French band's very particular qualities. Some people really loved it, others looked a touch puzzled.

There was debate too over Brighouse in seventh — with many listeners thoroughly engrossed by their contemporary 'human spirit' set under David Thornton, whilst others not as sure. All were agreed though on the luscious playing of Sheona White in taking the 'Best Horn' prize.

If there was a disappointing element to the day, it perhaps came with the 'tick box' approaches to Programme Content and Entertainment & Presentation of the bands in the minor placings: Not for the first time, the rather prescriptive use of the multi-media resources and choreography seemingly designed with in-built risk aversion, safety-first default settings.

A little more adventure and inventiveness would surely have benefited Carlton Main, Virtuosi GUS (both somewhat surprisingly failing to keep within the 23 minute time constraints), Grimethorpe, Flowers and Leyland, although each played to their obvious strengths (the superb Kirsty Abbotts winning a fifth 'Best Principal Cornet ' award) and predilections.

No such complaints could be geared at the Brass in Concert organisers though.

Whilst the marking system still needs modification if it is to truly reflect the 'artistic freedom' the contest aims to achieve, the willingness to engage with the competitors, the interactive audience vote, 'Ask Frank' and social media features were further signs of progressive moves in the right direction. All that and Sage Gateshead continues to provide the best brass band entertainers in the world with a platform worthy of their exceptional talents.

And none more so than Eikanger Bjorsvik.

Their Viking ancestors came to these shores just over a thousand years ago to make their mark before leaving for home with plenty of silverware to their name: Now, a millennium or more later they have retuned and done it all again.

Lito Fontana described it as 'AMAZING!!!' in summing up his written remarks, whilst Jan Van der Roost littered his with the adjectives, 'spectacular', 'terrific' and 'virtuoso'4BR 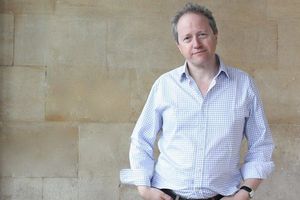 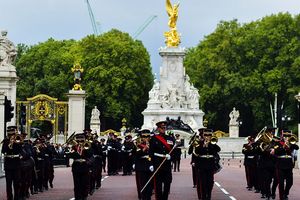