Whitburn take the honours and the cash home to Scotland as they deliver a prize-winning prescription under Garry Cutt to claim the title.

The Whitburn Band claimed the biggest cash prize in the banding world in 2021 by winning the Doctor Martin Wainstone Cup contest in Yarm on the weekend.

Directed by Garry Cutt they secured an imposing nine-point margin of victory over second placed Hepworth, with defending champion Reg Vardy in third.

The Scots headed back to West Lothian not only with the silverware, but also with their bank balance boosted by the £4,000 first prize — one added to with an extra £250 for claiming the 'Best March' award for their sparkling rendition of George Allan's 'The Wizard'.

The first foundation stone of their success certainly came with the march, which Garry Cutt told 4BR was played "with style and precision", before being followed by the classy sounds of principal cornet Chris Bradley with a lovely rendition of Leonard Ballantine's 'Don't Doubt Him Now".

They closed with their own-choice test-piece selection of Edward Gregson's 'Rococo Variations', that although having its moments of unease was packed with musical character and style to reinforce their deserved margin of victory.

Speaking to 4BR, Garry Cutt revealed that the weekend was one of very personal emotions — and not just as it marked his own return to the contest stage for the first time since the 2020 Area championships.

"It's been the longest contest break of my career,"he said. "So, to return with a band in Whitburn that was so well organised and prepared to work hard for this event gave me a huge boost.

I thought the performances were excellent given their own extended break from the live contesting stage — a great march played with just the right style and precision, a fantastic soloist in Chris Bradley and a test-piece that had the contrasting character and style I was looking for running through it from beginning to end.

All that and I still feel there is more to come over the next few months as they hit top gear."

The weekend brought back both wonderful as well as poignant memories for Garry — 25 years almost to the day that he led Marple to victory at the British Open, whilst he also led Foden's to Symphony Hall victory on 'Rococo' in 2008 just a day after his brother had died.

"Both were very much in my mind this weekend,"he said. "It would have been great to have been back in Birmingham of course, but this was a lovely way to mark the occasion, especially on a piece that has so much of a personal connection for me."

Adjudicator Alan Morrison felt that Whitburn had been "superb", whilst the overall standard given that the majority of the six competitors had only been back in full rehearsal mode for a matter of weeks was "very good indeed".

"Like everyone who made the trip here, it was great to be back,"he told 4BR. "I told the audience that I hadn't looked forward to a contest so much for such a long time, and the bands ensured I wasn't disappointed.

The winners were superb, the top four terrific, and the overall standard very good. My congratulations go to them all.

There was some rustiness on show of course given the time away from concentrated rehearsals, but it was good to hear the determination and high-quality levels — especially from the soloists."

There was a timely boost of collective confidence for Hepworth as they now start to focus their attention on their forthcoming Albert Hall appearance.

Led by Ryan Watkins, the Yorkshire band claimed the Ken Elliott Cup and £2,000 runner-up honours with a bold account of 'The Wizard' in their bid to win the march prize (for bands choosing a George Allan march), followed by a mature rendition of Philip Wilby's 'Concerto for Euphonium' played by Ben Smith.

They also showed a great deal of character and stamina in a well-crafted account of their own-choice test-piece 'Pageantry' by Herbert Howells.

Although defending Reg Vardy couldn't add to their impressive list of Doctor Martin victories under the direction of John Roberts, their outstanding solo euphonium player Andrew Hedley deservedly won the 'Best Soloist' award for his virtuoso rendition of 'Harlequin'.

Just a few understandable stamina issues and unforced errors in their own-choice selection 'Of Distant Memories' and 'Knight Templar' march saw them end two points behind their Yorkshire rival.

The final prize-winning performance came from Ratby Co-operative as they added an extra £500 to their Albert Hall fund raising efforts in fourth under Dave Purkiss — aided by a solidly delivered account of 'The Wizard' march and 'Dynasty', whilst there was much to enjoy from both Easington Colliery (including 'The Torchbearer' and 'Senator' march) and Rainford (including 'The Wizard' and 'Paganini Variations').

The hard work and dedication of the Cockerton Band organisers ensured that there was a warm welcome and well monitored health and safety requirements in place at Yarm School for the event — much appreciated by the bands and audience.

And whilst there were only six bands taking to the stage, the attraction of such a hefty prize fund (each band was also given £400 towards travel expenses) will hopefully ensure that it continues to prosper.

Speaking to 4BR, contest controller Steve Goodwin said: "We did have our fingers crossed somewhat before the event, but it all turned out so well on the day.

Our thanks go to the bands. The standard of playing was superlative, and we thank them enormously for what they brought to the event — especially considering the sort of year we've all had.

Thanks also to Alan Morrison our adjudicator, to Yarm School and the Princess Alexandra Auditorium, the Dr Martin Trust and the band team, and to everyone who came to enjoy the event.

We are already looking forward to 2022 and to welcoming even more bands to a great contest day."

The winners were superb, the top four terrific, and the overall standard very good. My congratulations go to them allAdjudicator, Alan Morrison 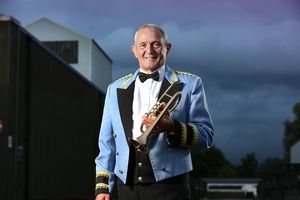 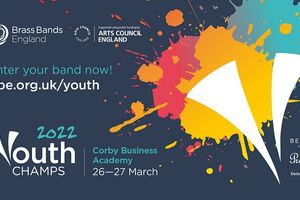 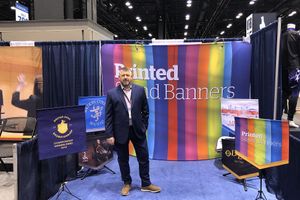